Spend $175 to Receive an Exclusive Pick Me Up Trio Set | USE CODE: HELLOJUNE

Marilyn Monroe’s would-be 95th birthday is today, June 1st. In honor of her status as a beloved American icon – not to mention the role she played in our own history – we’re remembering Marilyn with fun facts, rare photos, and her finest thoughts on fascinating topics.

“Imperfection is beauty, madness is genius and it's better to be absolutely ridiculous than absolutely boring.” – Marilyn Monroe

Marilyn Is in Our DNA

As one of Dr. Erno Laszlo’s most famous celebrity clients, Marilyn Monroe was an early adopter, shaping our future as the heritage brand we are today. Dr. Laszlo even created the Phormula 3-8 balm specifically for Marilyn, to heal an appendectomy scar on her stomach. We’ve reintroduced it in the modern era as Phormula 3-9; now it’s used by hundreds of individuals to rescue their skin from inflammation and stress.

In this picture of her makeup box from Allure, it’s thrilling to spot the Erno Laszlo items – not one but two of our iconic jars! Allure identifies the one on the far left as our Active Phelityl Intensive Cream, describing it as Marilyn's favorite moisturizer. With it's super-hydrating formula and luxurious texture, you might call her indulgence in our cream proto-self-care!

“Someone said to me, ‘If fifty percent of the experts in Hollywood said you had no talent and should give up, what would you do?' My answer was then and still is, 'If a hundred percent told me that, all one hundred percent would be wrong.” – Marilyn Monroe 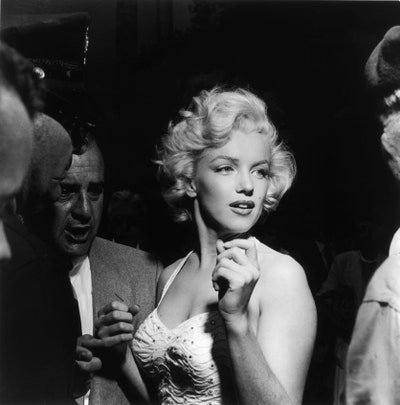 Marilyn was also ahead of her time by protecting her porcelain skin and embracing the dewy look. She is known to have said, “Despite its great vogue in California, I don’t think suntanned skin is any more attractive … or any healthier, for that matter. I’m personally opposed to a deep tan because I like to feel blonde all over.”

But she didn’t just skip the tan to get her on-camera glow; she had a little trick up her sleeve, too – and its name was Vaseline! Layers of Vaseline applied under her makeup ensured she would always be radiant and camera-ready. Although she was born in LA and spent lots of time in California, Marilyn was a devoted fan of New York City even before she moved there. In fact, she had even planned to retire in Brooklyn. She loved so much about the Big Apple, from the great shopping and tasty food to the incredible art galleries and plentiful parks.

During her time in New York, she lived in: a suite at the Ambassador Hotel; at the Lexington Hotel during her short-lived marriage to Joe DiMaggio; and a penthouse in Sutton Place on Manhattan's East Side when she was married to Arthur Miller. 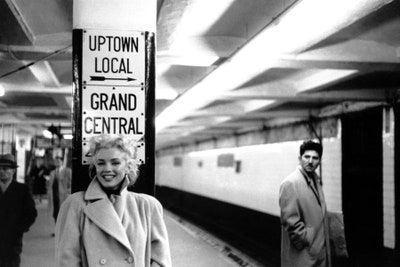 Marilyn loved to read. In this photo, she is reading The Poetry and Prose of Heinrich Heine. Some other books that have been spotted on her shelves include Invisible Man by Ralph Ellison, The Fall by Albert Camus, On the Road by Jack Kerouac, Tortilla Flat by John Steinbeck, and Madame Bovary by Gustave Flaubert – see more in this Huffington Post gallery. 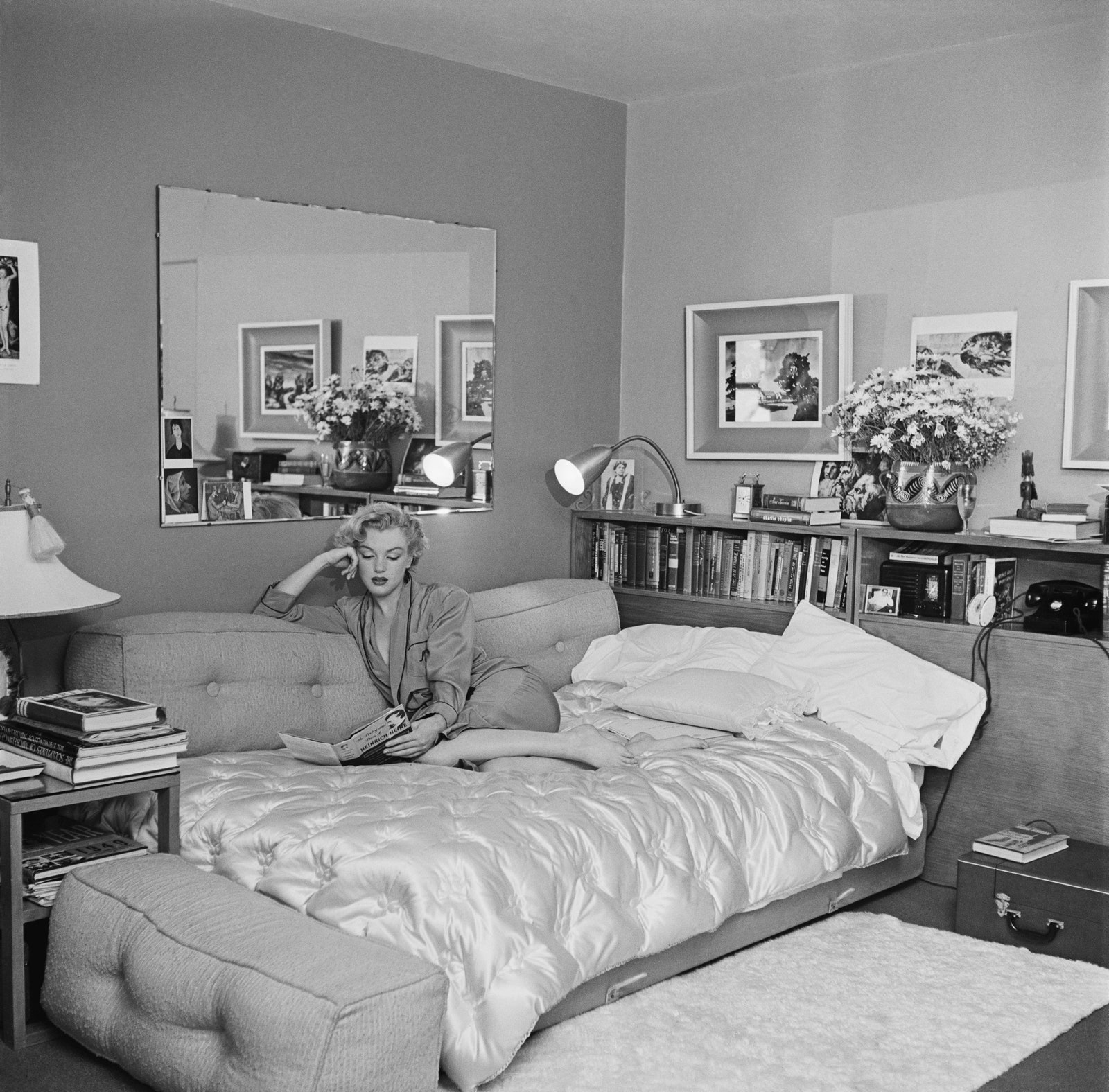 Another iconic Marilyn story we love is the rumored champagne bath. She was a huge fan of the bubbly drink; her biographer George Barris allegedly stated that she drank champagne “as if it were oxygen.” If the rumors are true, she also once bathed in it – somewhere in the neighborhood of 350 bottles were required to fill the tub!

In 1952, Marilyn described her workout routine to a LIFE interviewer: every morning, after brushing her teeth and washing her face, she worked out for ten minutes using small weights. She coined this her “bust-firming routine” – sun salutations of a different era!

“Beauty and femininity are ageless and can't be contrived, and glamour, although the manufacturers won't like this, cannot be manufactured. Not real glamour; it's based on femininity.” – Marilyn Monroe

On what would have been her 95th birthday, Marilyn Monroe is still inspiring countless individuals. She continues to inspire – literally, as the real skin that our Phormula 3-9 was specially made to treat – and empower, with the message of her self-confidence and the beauty she radiated inside and out. A portrait of actress Marilyn Monroe (1926 - 1962) surrounded by reporters and fans outside Grauman's Chinese Theater in Hollywood, California, circa 1953. Photo by M. Garrett/Murray Garrett/Getty Images

American actress Marilyn Monroe (1926 - 1962) relaxes on a sofa bed, circa 1951. The book she is reading is 'The Poetry and Prose of Heinrich Heine'. Photo by Archive Photos/Getty Images.

Marilyn Monroe (1926 - 1962) arriving at the premiere of the film 'There's No Business like Show Business', circa 1954. Photo by M. Garrett/Murray Garrett/Getty Images

Header photo, courtesy of The Guardian:

Skin in the Sky - Take Your Glow on the Go!